I wasn’t planning to write anything else on Brexit but then I received this pamphlet in the mail and simply had to tackle its contents. You gotta love these so-called ‘informative’ pamphlets; they are seemingly always designed by someone who assumes the readers are complete fools.

Every single political mailing I’ve ever seen has been short, concise and as far away from the point as possible. Its sales letter writing 101: Hit the reader with catchy headlines and fill the pages with ‘facts’ lacking any substance or statistics without any context.

The pamphlet in question is entitled ‘5 positive reasons to Vote Leave and take back control’. It also says ‘Europe Yes, EU No.’ Okay, fair enough; at least we know what it’s about but the actual contents are hilarious as I outline below.

1 – Our Money, Our Priorities

According to the leaflet, “We send over £350 million to the EU every week.” It then says this is enough to build a modern hospital every single week in the year. It goes on to say that we will be able to spend this cash on UK priorities such as housing, schools and the NHS.

This is around £18 billion a year but the leaflet fails to note: 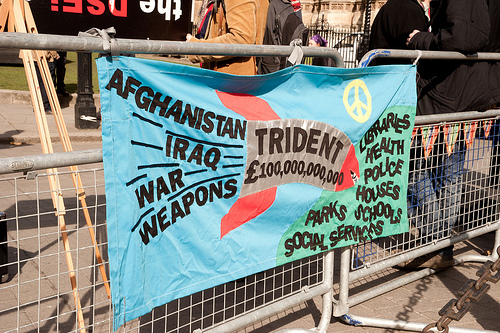 2 – Take Back Control Of Our Laws

According to the leaflet, “European Courts will be in control of our trade” if we Vote Remain and we need to take back “big decisions like whether prisoners are allowed to vote.” Those looking to leave often spout the fact that almost 65% of UK laws are governed by the EU. In fact, outside of EU regulations which apply to all members, only 13% of UK legislation implements EU law or other EU obligations.

The Daily Mail continued its usual right wing propaganda strategy in May 2012 by claiming the EU had ‘Contempt for our democracy’ by insisting prisoners must be allowed to vote. In actual fact, the European Court of Human Rights is the entity pushing for prisoners to get the vote and it is NOT within the EU; it is part of the Council of Europe.

The EU’s European Court of Justice made a ruling in October 2015 whereby it was lawful to prevent prisoners (who have committed serious crimes) from voting with is in line with the UK’s stance.

For the more virulent anti-immigration crowd, this means keep all the foreigners out! The leaflet says if we Vote Remain “we’ll be stuck with an out-of-control immigration system which is bad for our security” and “Imagine if Turkey joins this broken system.”

These statements are utter garbage for a number of reasons: 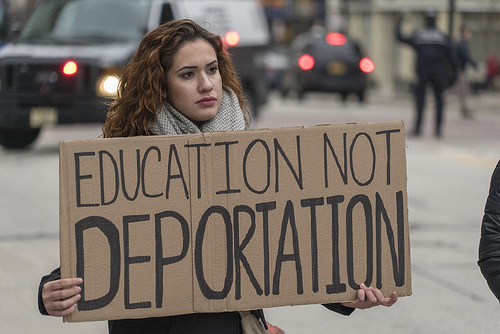 4 – Free To Trade With The Whole World

The increasingly fictional leaflet says “the UK has no trade deals with important countries like China, India and Australia” and “if we Vote Leave, we can have a friendlier relationship with the EU based on trade.”

5 – Vote Leave Is The Safer Choice

This is my favourite ‘reason’ of all because it offers absolutely nothing of substance; not even one of the lies or half-truths written elsewhere. The leaflet says “If we vote to remain in the EU, we’ll be locked in the back of a car going somewhere we don’t want to go.” So in other words, being in the EU is like being kidnapped?

Nowhere does it offer any reason why voting leave is ‘safer’. This does of course fit in with the Vote Leave campaign’s fear tactics where logic and facts are left behind (possibly locked in the back of a car). The truth is, there’s no evidence to suggest the UK would be safer in or out of the EU.

If you wish to Vote Leave then by all means do so. However, don’t allow yourself to be swayed by works of fiction and try to find genuine reasons why Brexit is a good idea. I may have given the impression that I’m pro-EU but I’m actually not. I just don’t see any good reason to Vote Leave at this moment in time and poorly written propaganda will not change my mind.

Hands up if you’ve created a product or service without actually considering your target audience! The trouble with…

In the previous article I looked at how Brexit could impact small businesses in the UK. Today I am…