In the previous article I looked at how Brexit could impact small businesses in the UK. Today I am continuing with more details on how leaving Europe could damage the prospects of SMBs. My last piece looked at immigration, employment law, reduced funding and the possibility of EU retaliation so new information must be discussed.

Selling Goods To The EU

There is typically duty applied to goods imported into the EU but in the event of Brexit, there’s a possibility that importers will be hit with an import duty charge on UK origin goods. If this happens, the cost of Britain’s products will go up by at least 14%; indeed, this figure could increase if the items in question are also charged an anti-dumping duty.

Those in favour of Brexit claim the UK can still become part of the European Free Trade Agreement (EFTA) which would enable Britain to enjoy the trading benefits of EU without actually being part of the Union.

Remember, if Brexit becomes a reality, the UK needs to negotiate trade agreements with the other 27 EU member states which will be a massive pain the arse to put it mildly. Nigel Farage showed all the deductive reasoning of a toddler with his ‘we’re bigger than Norway, Iceland and Lichtenstein so we can get way better deals’ statement. As the UK is a bigger country, negotiations will take far longer and will be decidedly more complex.

An estimated 3 million jobs are linked to EU exports and Britain’s trade with the EU accounted for 53% of imports and 45% of exports of goods and services in 2014 so it’s important to get it right.

What Happens With The EFTA?

Norway, Lichtenstein and Iceland are members of the European Economic Area (EEA) and have signed the EFTA. If the UK follows suit, it would continue to have access to the Single Market and trade with EU member states with little in the way of restrictions on imports and exports. However, the UK would also have to accept a number of EU laws without the ability to do anything about them.

Norway is pissed off about this arrangement as it makes a full contribution to the EU budget without ever been seen or heard; a bit like an estranged father who lost a custody battle because his lawyer was a raging alcoholic.

If the UK wants to follow the Swiss model it needs to sign a bilateral trade agreement with the EU that’s custom made for the nation’s needs. First of all, this process will take years of negotiations and Britain would still have to pay money to the EU, accept free movement of people and adhere to certain internal market laws.

There are several other options regarding trade but each has drawbacks and would require years of talks and bullshit to conclude.

Buying Products From The EU

If the UK is not part of the EU it can choose its own import tariffs but once again there is the small matter of administration. There will be a shit ton of red tape and bureaucracy to consider which will cost time and money.

The date of the referendum is 23rd June and I believe a ‘Stay’ vote is best for the time being. The ‘Leave’ campaign is filled with words such as ‘could’, ‘should’, ‘maybe’ and ‘possibly’. The EU is a LONG way from being perfect and changes are needed in Brussels but leaving right now with such uncertainty is simply not a clever strategy.

Besides, do you really want to be on the side same as this guy? 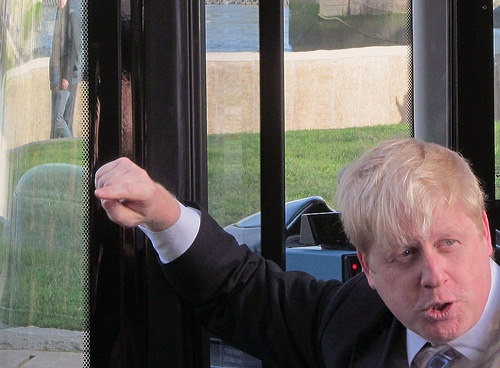 Yet More Brexit!!! Das Boots Were Made For Walking (Right Out Of The EU)