Advertisers know they need to work harder than ever before to separate people from their cash but what should they be looking out for? In this article, we provide a brief overview of what consumers will demand which should help advertising agencies determine how to conjure up the right strategies.

This was supposed to be the new fad in 2014 but although more than 400,000 wearables were sold in the UK last year, this technology is only just getting started. Of the £51 million spent on wearables, almost 40% were health and fitness trackers. As the western world plunges ever deeper into an obesity crisis, expect fitness trackers to explode in popularity in the next year or two. 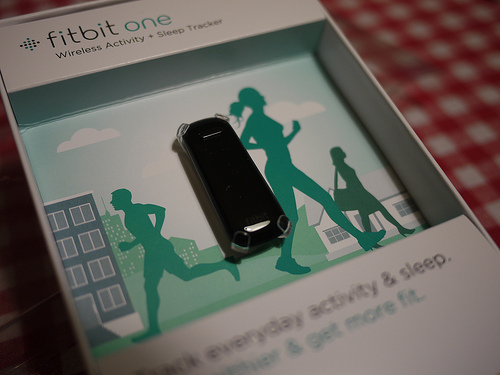 Other popular wearables include action cameras/headsets and smart watches. Apple is likely to release its own smart watch in 2015 and its rivals will be bringing out new second and third gen products with better functionality and improved performance. Given how obsessed we are with technological advances, wearables are almost certain to become a huge phenomenon; quite possibly during 2015.

2 – The Start Of The Connected Home Era

Let’s face it, the better technology becomes and the more modern conveniences we develop, the lazier and less sociable we become. The ‘connected home’ is likely to soon become a reality and we can look forward to remaining in our collective cocoons with scant contact with the outside world.

Basically, the theory behind the connected home is connect several smart devices together and have them controlled by a single hub. This will allow us to control everything from the oven to the remote with one device. At some point, this AI will become conscious and destroy us all but until then, we can switch on the microwave from our sofa; cool!

You’re probably already addicted to YouTube since the average UK resident spends 5 hours a week watching online video according to the IAB. Mobile video will increase this level as videos will be easier to watch on Smartphones and Tablets than ever before. As screen sizes get larger and mobile Internet speeds get quicker, your mobile device will be like a cinema you can access any time you like. Alleviate the frustration of being stuck on a National Express bus that is two hours late by watching the latest episode of How To Get Away With Murder!

This is a way of using content to build trust and increase engagement with prospects. Examples of native advertising include a suggested post on Facebook or a promoted tweet on Twitter. It is all about how brands work with online publications in a bid to reach new customers. According to the IAB, in the first 6 months of 2014 alone, over £210 million was spent by UK businesses on native advertising and this will increase dramatically in the near future. It’s likely that expenditure on banner ads will be reduced to ensure more cash is spent on native advertising.

This is basically a marketer’s dream; imagine an audience with impulsive purchasing tendencies who have almost constant access to online shopping? At present, relatively few people use their Smartphones to pay in-store for goods but this is set to change as Near Field Communication (NFC) payments are the future. In 2015, payment value will increase by 50% with millennials shopping for skinny jeans to their heart’s content.

With all of the above to look forward to, advertisers should be rubbing their hands with glee. Despite the intense competition they face, to the winner goes he spoils and in this case, the ‘spoils’ consist of billions of pounds.

In a technologically advanced society with consumers having more power than ever before, there are some ‘old school’ marketing…

Why Deceiving Your Customers Is A Waste Of Time

Unless you are a corporate giant, lying to your customers will only result in disaster as your reputation gets…