Unless you are a corporate giant, lying to your customers will only result in disaster as your reputation gets thrashed online and you become seen as the scam artist that resorts to fraud in order to lure in customers; or ‘marks’ as they are better known.

The likes of McDonalds, Wal-Mart, Coca-Cola and other global brands can pretty much say and do whatever the hell they like. Whether it is McDonalds using expired meat in its products, Coca-Cola being accused of racial discrimination or Wal-Mart executives being accused of bribery, these companies are Teflon dons and continue to thrive regardless.

The reason these brands can get away with it is because they have been around for decades and have built up a huge cauldron of credit. Unless these companies are caught embracing ritual human sacrifice they are not going anywhere. This is not the case for smaller companies however.

I’ve Got That Sinking Feeling

If you put in enough effort, you could make people believe your flea-ridden motel is the Ritz of the highway but eventually, you will be found out. Corporate giants have more than enough money to lie, cheat and steal if they want because they can cover it up or repair the damage if they get busted.

Although these companies have often been caught in scandals, they generally don’t produce crappy products on a regular basis. It is unusual for them to sell you something and convince you it is an entirely different product except of course for Tesco and its horsemeat fiasco. 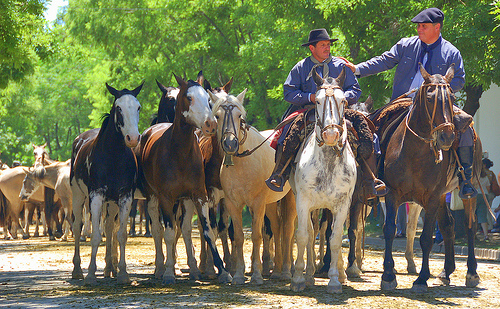 You could take a few cleverly angled photos in the right light to make your premises look more like a respectable enterprise and less like a drug den in Bogota but you’re better off putting that time and energy into improving your business. If you run a general store and have filthy shelves, insects and rats running along the floor and overpriced garbage on sale, a few pictures and fake reviews won’t help you. At some stage, real customers are going to come in and see the cesspit your business really is.

With online review sites almost everywhere and with so many customers willing to put the boot into dodgy businesses, all it takes is one angry person complaining on Facebook or Twitter and all hell will break loose. All it takes is a retweet from the wrong person and your company’s name will be mud in a matter of minutes.

Instead of being a duplicitous dirtbag, put some effort into improving your business. Purchase some cleaning equipment, make the place shine and hire employees that don’t make Brian Dennehy’s surly cop character seem charming in comparison. Once you do this, you can show your brand at its best without needing to lie or exaggerate. You may never be Coca-Cola but you can become a success in your own right.

5 Things Advertisers Can Pounce On In 2015