To a certain degree, we’re all fools which is why advertising is so successful and is such big business. Did you know there are dozens of corporations that spend in excess of $1 billion on advertising every year? Proctor & Gamble spend an estimated $10 billion a year on ads around the world and is the planet’s #1 spender when it comes to brainwashing, er advertising. This expenditure is of course necessary because how else are you going to keep taking medication you don’t need?

If you work in advertising, a few lies here and there are not just encouraged, they are a prerequisite. Below, I’m going to look at 5 of the most common ways the advertising industry bids to empty our wallets in return for stuff we could do without.

How often have you heard the term ‘low-fat’ in advertising? Fat has been decried as the devil and the #1 factor in the rise of obesity. This is of course complete garbage but it hasn’t stopped the low-fat product industry growing at an astonishing rate. Companies depend on the fact that consumers don’t read the ingredients and nutritional information when making a purchase.

All the consumer sees is ‘low-fat’ but is blissfully unaware of the 75 grams of sugar used instead. You may be consuming less fat but the debilitating effects of sugar will run rampant on your system. You get all the caloric intake without the feeling of fullness you should have and further snacking is almost inevitable. Imagine the shock when your ‘low-fat’ diet has you looking like a hippopotamus!

This of course is just one example of sneaky advertising. We see words like ‘premium’ used on food that tastes awful and ‘improved’ on products that are supposed to be an upgrade but are nothing more than an excuse to jack up the price. 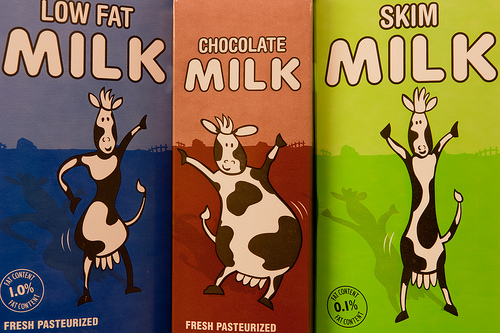 “93% of women use this beauty product.” Of course, the small print on the ad shows that only 37 women were actually interviewed for the study and many of them may have been paid to lie. Alternatively, the advertising company could just be making it all up; shock horror!

Again, these companies know consumers will not bother performing their own research which would involve reading studies and coming to their own conclusions. The modern generation likes convenience and will happily eat the spoon-fed lies given to them by gleeful ad men.

Which bear no resemblance to reality. Good ol’ McNasty’s and the fast food industry are among the worst culprits though it is an industry-wide practice. The McDonalds Corporation spends over $1.3 billion on advertising each year and part of this wedge is dedicated to making their burgers and other products look amazing, succulent and delicious.

As this scene from Falling Down perfectly illustrates, the reality is a pathetically thin burger, limp salad and soggy bun that looks as if it was the product of a failed experiment. While McDonald’s and others must use real food in their ads, they airbrush the hell out of it so your Big Mac doesn’t look like a saggy scrotum.

4 – Brands Are Better
Basically, you’re a loser if you purchase non-branded stuff because it is cheap and of inferior quality. Sadly, the general public buys this utter nonsense and spends more on products that are no better than cheap store brand items. Studies such as this one conducted at the Edinburgh Science Festival show people can’t tell the difference between ‘branded’ and ‘generic’ products.

The above study compared more expensive champagne costing up to £30 against fizzy plonk that cost less than £10 and in 50% of cases, testers couldn’t make the distinction. Even food critics have fallen into this trap time and again. A final example is the products found in Aldi stores. They are essentially cheap knock-offs of branded goods but the difference in quality is negligible. Let’s face it, anyone who pays full price for Bird’s Eye meat products which are 50% batter and fat needs a good slap in any case!

The above information on branded vs. generic goods spills into this point as so-called ‘experts’ are often people paid to tell lies by advertising agencies. The Internet is filled with ‘gurus’ who fake credentials in order to sell their wares.

Consider this; cigarettes were once approved by physicians! Brands like Lucky Strike sold their death sticks to the gullible public from the 1930s to the 1950s by featuring physicians on their ads. These poor excuses for medical health professionals willingly accepted their 30 pieces of silver to help sell cancer. What makes you think something similar isn’t happening today?

While you may be aware the advertising industry lies in order to make sales, the extent to which they do it will shock you. It is your duty to be a more informed consumer and not just take advertising claims at face value.

There is nothing more infuriating to a hardworking employee than the phrase ‘the customer is always right’. So if…