Sure, people will point out success stories like J.K Rowling and the like but she is a one in a million case. Only the tiniest fraction of fiction writers will ever make it ‘big’ so don’t begin your great American/British/Irish novel with the idea it will sell a million copies because it won’t!

According Noah Lukeman in the excellent The First Five Pages, few books sell more than 10,000 copies. In any given year around 50,000 hardcover books will be released in the United States (as an example) but only 10-15 are likely to sell more than 1 million copies. Now remember, this relates to books that have actually have representation by agents and the backing of a publishing house.

If you are a fiction writer you should know royalties are typically in the 7.5-10% range for paperbacks and 10-15% for hardbacks with the latter rate for top writers. It is also common for royalties to be doled out on a sliding scale where you receive 7.5% for the first 5,000 copies and 10% thereafter for example.

Bear in mind that although well-known authors such as Tom Clancy can sell books for £15 or thereabouts, the typical writer will have their book priced at £10 or less. Let’s assume you have managed to win the fiction lottery, find an agent and get your book published at £10 per copy, you will likely to be earning in the £0.75-£1 per book range and the reality is you will probably be earning even less. 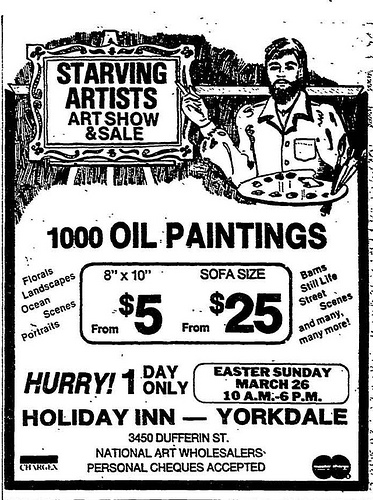 For the average fiction writer, annual income from royalties can be measured in the hundreds rather than the thousands. Using our above figures, you would need to sell 10,000 copies in a year to earn £7,500-£10,000. This is great if you can write a book a month but for most people, a fiction novel is a labour of love and takes 12+ months. I’m sure readers can pick holes in the royalty figures mentioned above and I would welcome such information.

The days of authors receiving huge advances are long gone barring the odd exception. In fact, first-time writers are very unlikely to get any kind of advance. Even if you manage to get a modest sum, please remember you receive ZERO royalties until your book surpasses a certain figure.

Say you get a £7,500 advance; at £1 a book you would need to sell more than 7,500 copies to start earning royalties. Sadly, the majority of books don’t achieve this mark which is why publishing companies are so reluctant to take on a new writer and this of course means fewer agents will be interested in representing you.
Conclusion

In 2012, the book ranked at #100 in the UK bestsellers list for fiction (How to be a Woman) sold just over 110,000 copies. Given the fact there are tens of thousands of fiction books released annually this is a brutal reminder that fiction writing is simply not a lucrative endeavour. When you add in the fact most authors never even see their name in print, things go from disheartening to downright depressing.

It is not my intention to dissuade anyone from writing fiction. I am just pointing out the realities. Those who try to write fiction solely as a means of generating revenue will quickly become discouraged and quit. The good news is this leaves behind ‘genuine’ writers who hone their craft merely because they enjoy it. If you manage to complete a novel, know it is quite an achievement regardless of whether it makes it ‘big’. Once it is done, start and finish another!

When it comes to determining the cost of content, it’s a bit like asking ‘how long is a…

Is Writing A Pauper’s Practice?

It’s been about two weeks since I wrote anything new for this blog. I’ve been very busy…