It’s been about two weeks since I wrote anything new for this blog. I’ve been very busy with other work and writing another few hundred words about the topic is tough after spending hour after hour churning out thousands of words for clients. My reluctance to add a new blog post led to me the following question: Is writing even worth it?

In the world at large, writers are often seen as the illegitimate red-headed stepchild; they get paid among the worst salaries and are effectively treated as if they were a grain of sand on a beach. I guess employers take the infinite monkey theorem a bit too seriously and view writers as expendables who can be cast aside at any time since there are a litany of others with a comparable level of skill.

The Fallacy Of Plenty

There seems to be a belief that good writing is everywhere. In reality, there are comparatively few people capable of creating anything close to a decent piece of writing. Just check out the utter crap masquerading as writing found online for evidence of this fact. Even those who suggest there is a huge amount of great writing to be found online admit this actually equates to about 1%. Last I checked, 1% is a LONG way from ‘plenty’.

Since high quality writing is apparently as abundant as water in the Western world, those who look to have their blog bolstered by new content try to exploit writers. Looking to get writers on the basis they are cheap instead of being any good is something employers have been focused on since the dawn of time. In the Internet age, it’s all about trying to get high quality scribes for wages which are an embarrassment.

Check any online freelancing website and you’ll find absolute tools seeking ‘Superstar, rockstar, ultra-awesome writer’. Incidentally, I'm not sure why anyone would hire a 'rockstar' writer. I don't think someone who drinks litres of whiskey, snorts cocaine and sleeps with prostitutes is likely to be a reliable employee but what do I know?

These job posts are filled with information on how ‘only the best need apply’ before launching into a list of demands that would make even the most self-obsessed diva blush. The real kicker comes at the end of the description: $1 per 500 word article.

WTF??? Assuming you write two well-researched articles an hour, this equates to the princely sum of $2 an hour. Do these people have any shame? If you are one of these parasitic companies who look to screw writers over, here’s hoping you receive content so bad it makes your eyes bleed. Offering pathetically low wages to writers in developing countries is one thing (and it’s called exploitation), doing the same to people living in nations where the cost of living is sky-high is quite another. 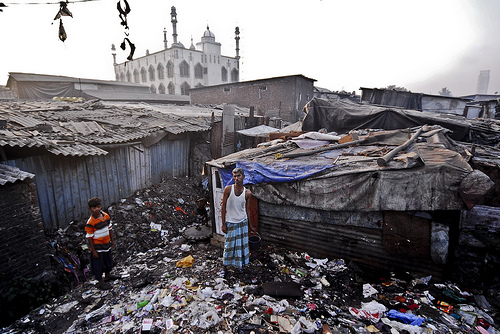 Of course! Copywriting can pay a pretty penny because great copy can make a business an absolute fortune. The top copywriters can hit six figure annual salaries with ease because their copy makes millions for their respective employers. But this is an exception rather than a rule.

Writing is indeed a pauper’s paradise and writers get taken advantage of because they enjoy what they do. The world doesn’t understand the value of great writing and I don’t suppose it ever will. In my next post, I will look at the world of fiction writing and discuss how being mediocre is no impediment if you know the right people. I may also look at the sad lives of legendary writers in a future blog post.

Why Fiction Writing Is A Non-Profit Enterprise

Apparently, you do! According to UK marketing company, Market Scan, you could be missing up to 80% of your…